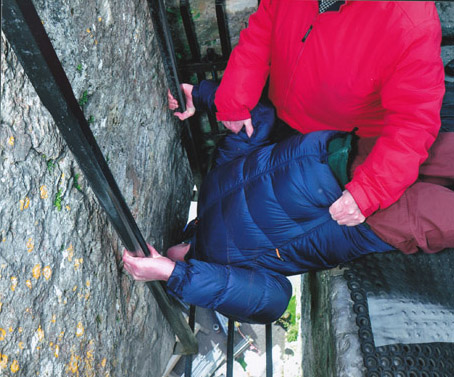 Top of the mornin’ to ya! Lord Horatio here, safely back on dry land after a voyage across the sea to Ireland via Liverpool. Thanks to a rambunctious crew the ‘craic’ was efficacious in every way.

The trip to the Emerald Isle had far reaching consequences for at least one of our party. As you may surmise from the photograph above my nephew Simon’s world was literally turned upside down by the experience!

Restrained by a burly’leprechaun’ he can be seen dangling backwards, head first, almost 100 ft above the ground, off the battlements of a ruined castle. What on earth, I hear you ask, had got into the poor soul?

Well, it certainly wasn’t the demon drink. Simon had elected to kiss the famous Blarney Stone and so gain the gift of the gab. However, once it dawned on him the fabled lump of rock was actually UNDER the parapet he was rather lost for words. 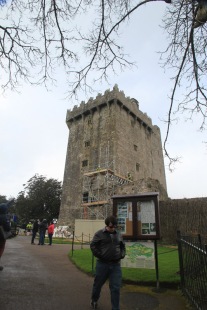 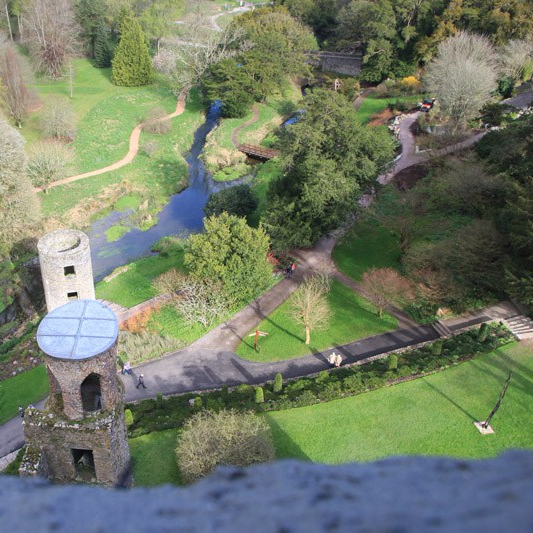 Stories swirl around it’s origins. Was it Jacob’s Pillow, brought to Ireland by the prophet Jeremiah and used as a throne of Irish kings, or where St Columba rested his head on the island of Iona, later used as the Stone of Scone to crown Scottish monarchs?

Then there is the claim that when the Irish King of Munster, Cormac MacCarthy, supported Robert the Bruce in his defeat of the English at Bannockburn in 1314, a chunk of the Stone was hacked off and given by the Scots as a thank you.

Others say it may be have been the fabled ‘Stone of Ezel’ behind which David hid when fleeing Saul, brought back to Ireland from the Crusades. There are also some convinced that it was the stone Moses struck to miraculously bring forth water.

Whatever the truth, the current custodians of the castle believe a young witch with a stammer revealed the secret of the stone to the MacCarthys after she saved one of the family from drowning. As a reward she was allowed to kiss it and be cured. Hurrah!

Over the last couple of hundred years world statesmen, film stars, literary legends and a host of celebrities have followed in her footsteps up the steep, narrow spiral staircase to gain the gift of eloquence. Personally speaking I don’t think nephew Simon needs any help in that department. In his case silence would be golden.

During our brief sojourn in Liverpool, made infamous by the slave trade and famous by The Beatles, I took in sculptor Anthony Gormley’s Iron Men. These barnacle encrusted, life-sized metal statues are spread out across nearby Crosby beach. Gazing out to sea and cast from the artist’s own naked body, the 100 strong ‘army’ make an awesome spectacle. 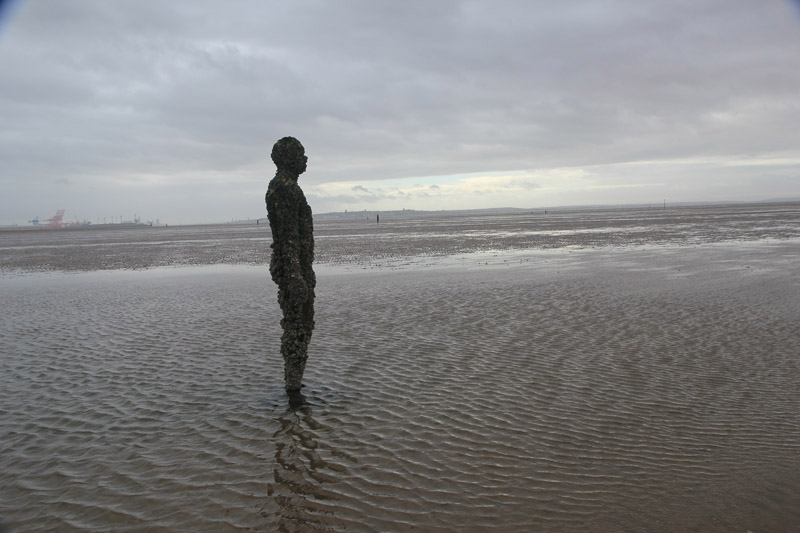 For more adventures with Lord Dawdle and Lady Winifred, do click on Dawdling Delights and follow the easy instructions therein.